This passion project performs original compositions as well as arrangements of standards and other jazz tunes.

Stefano would occasionally be featured as a special guest with the group.

Over time, the two saxophonists developed a musical chemistry and a lasting friendship.

The Quintet was launched at Alexander Platz Jazz club in Rome (Italy).

The group will be performing throughout Europe over the coming years and the plan is to record an album at some point.

The other plan is to eat as much italian food as possible...

Brandon Allen is a very much in demand saxophonist and composer on the London and the international jazz scene.
He is the saxophonist with the Kyle Eastwood Band, touring across the globe.
He leads his own groups BATL Quartet, The Gene Ammons Project and the Brandon Allen Sextet.
He has performed with various artists including Eric Clapton, Paloma Faith, Mark Nightingale, Omar, Gary Husband, Jools Holland, Benjamin Herman, James Torme, Liane Caroll among others.

Stefano Di Battista was born in Rome on February 14th 1969 from a family of musicians and music lovers.
He started studying the saxophone at the age of 13, in a small neighborhood band, composed mainly of kids. It is here that, until the age of 16, Stefano experimented with what would become one of the essential qualities of his music, Joy!
During this period he had two decisive meetings that directed him towards his vocation.
He discovered jazz music and also fell in love with the saxophonist Art Pepper's sound.
Who wouldn't?
Stefano has performed and/or recorded with Jimmy Cobb, Walter Booker, Nat Adderley, Michel Petrucciani, Elvin Jones, Flavio Boltro and Jacky Terrasson amongst others.
Stefano also has a busy career as a studio musician and film composer.

Pianist Andrea Rea was born in 1983. He has collaborated with musicians such as Dado Moroni, Kenny Barron, George Cables, Barry Harris, Maurizio Giammarco, Alessandro Gwis and Julian Oliver Mazzariello.
He has taken part in many contests, winning many of them including: “Baronissi Jazz”, “Tuscia in Jazz” and even “Piacenza Jazz” and “Jazz no Tea Factory”.
In 2007 he was the winner of the prestigious international award “Massimo Urbani” PIMU 11.
In 2010 he produced “White Room” and in 2014 “Arioso” (Abeat Records), currently playing in Stefano DI Battista’s quartet.

Bassist Dario Rosciglone was raised in a musical environment (his father, Giorgio Rosciglione , is a well-known double bass player in Italy who has recorded on many of Ennio Morricone's most famous scores.)
He has performed with Italy's top names including Massimo Urbani, Enrico Pieranunzi, Roberto Gatto, Rosario Giuliani, Paolo Fresu and Fabrizio Bosso.
He has also worked with international artists such as Joe Lovano, Cedar Walton, Phil Woods, Red Rodney, Lou Donaldson and Randy Brecker.

This collaboration promises to be something quite special... 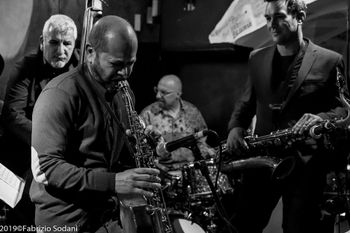 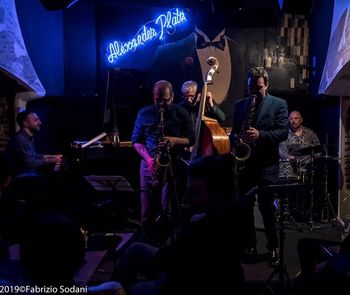 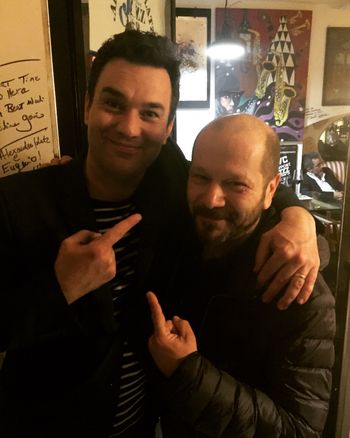 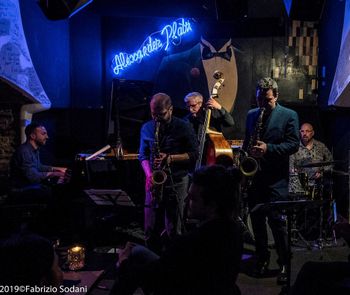 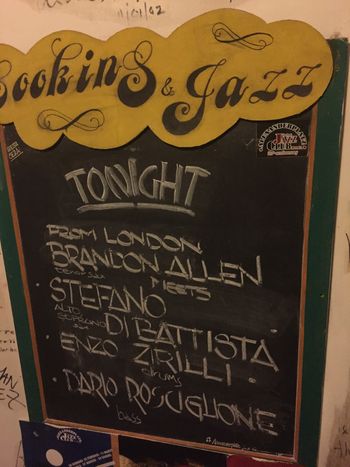 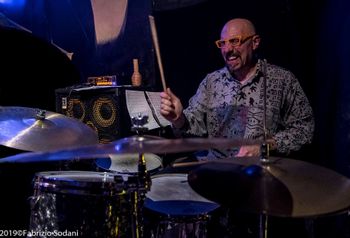 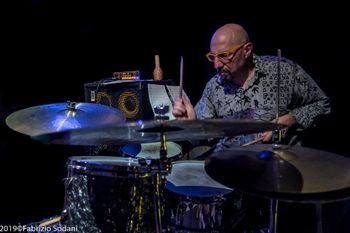 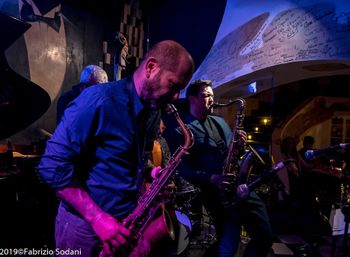 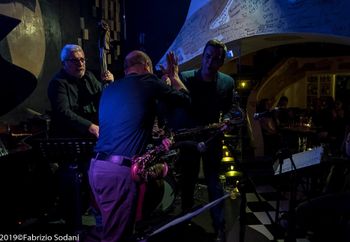 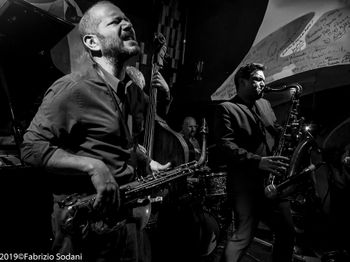 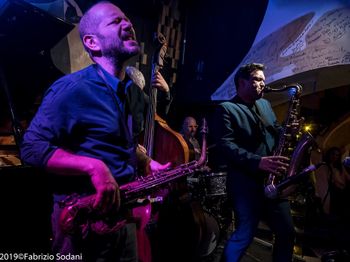 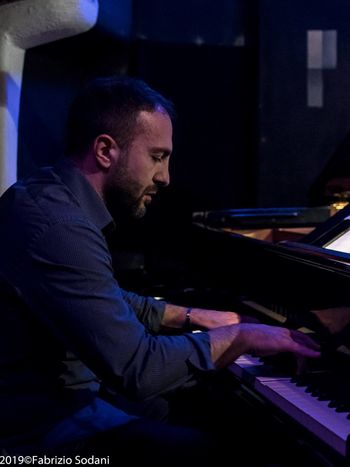